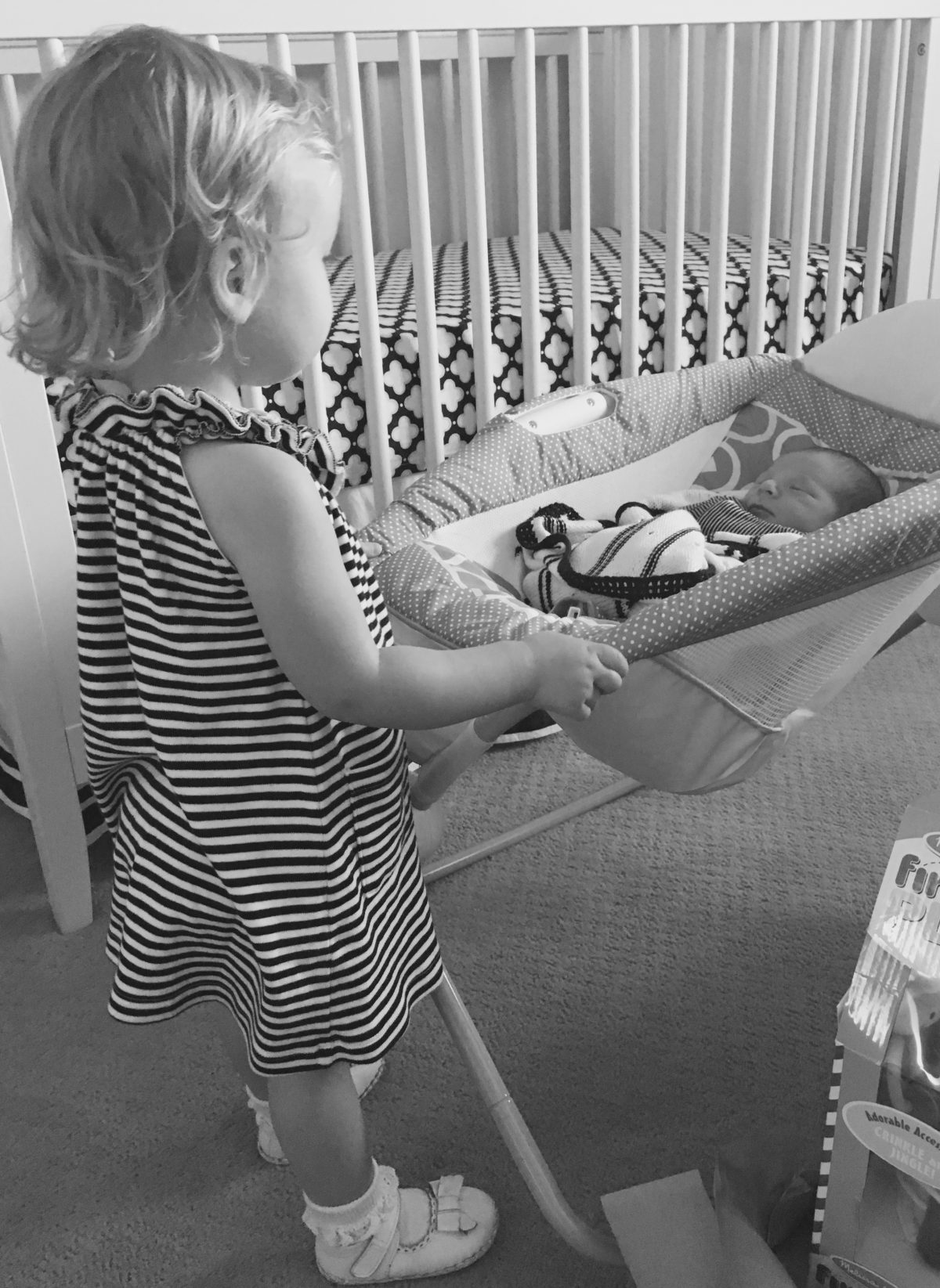 So being a fall baby and having seven family birthdays in October, I always wished for a Fall baby, but knew that an October baby would be difficult. I didn’t want an August Baby. I am not sure why I got this idea in my head, but I just knew that I really wanted to get to at least September. There were only three family birthdays in September and I thought it would be fun dynamic since, in our little family, Fernando and I are in October and Madrid is in November, so our little man could be the one in September.

I was high-fiving myself when September 1st came and I was still pregnant. I then started to panic that he would be a September 11th birthday. Fernando said, “It isn’t that big of a deal. It would be like like Madrid being born on the day of Kennedy’s assassination. It is important date for a previous generation.” {She was. I love history, so of course I knew this.} But then I realized that that wouldn’t be so bad, a September 11th birthday, especially since we had gone to the Memorial and Museum when I was pregnant with Leo as our baby moon {and to see Coldplay. Yep, I’m crazy to travel cross country at 7 months pregnant to see a band.} 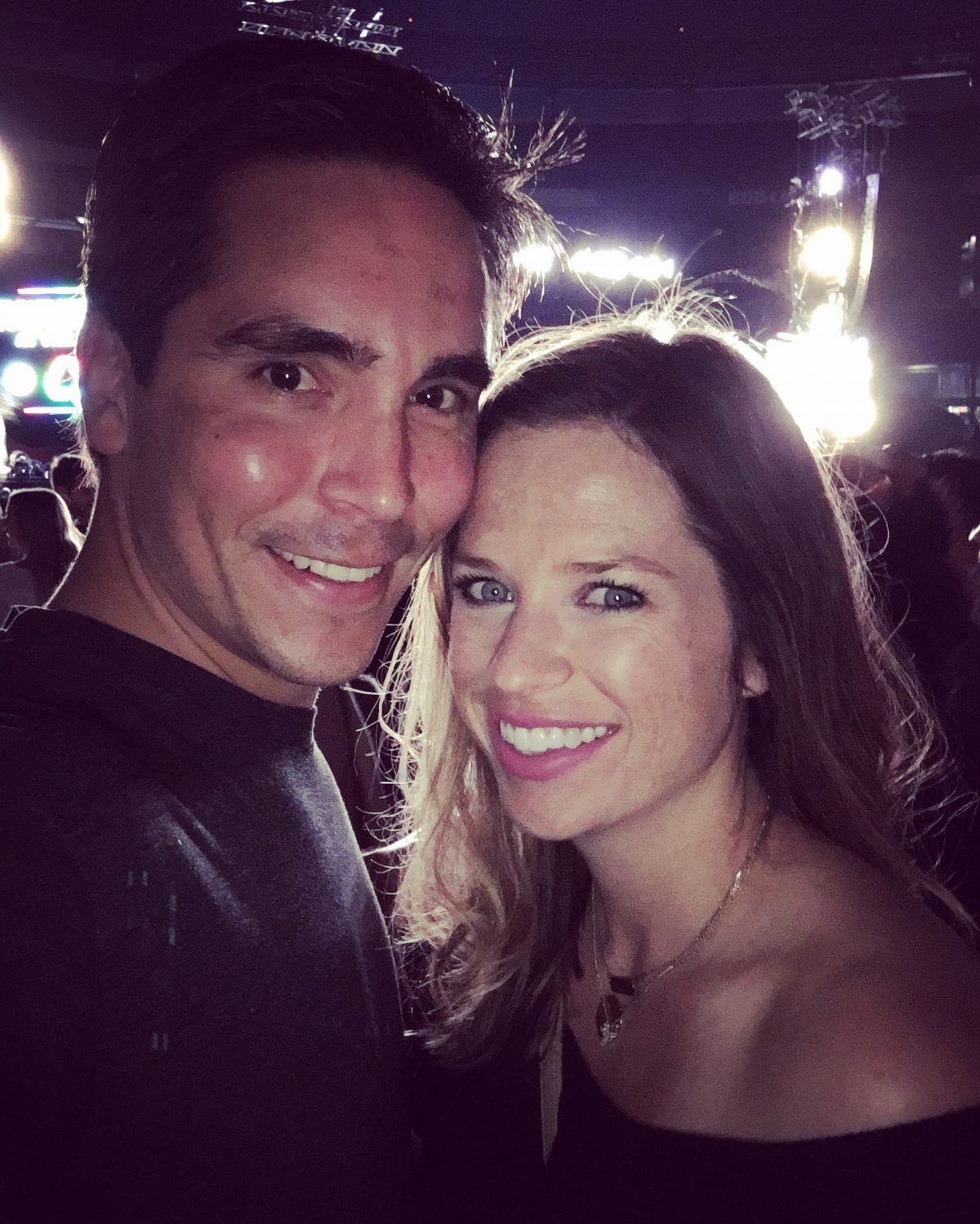 at the Coldplay Concert in New Jersey

Well, that date came and went. We {our amazing Doctor, Fernando and I} were all convinced that we would not make any of our weekly September appointments. Since I hadn’t had a period for 2 years and 7 months, at this point, we weren’t really sure of our exact due date and he had always measured large. As it seemed that things were happening and I was certain he was “almost here,” I wasn’t worried. Until we started to talk induction…

This seemed too forced to me. Too planned. I figured he would come when he was ready. As I was a nurse, my Doctor and I discussed statistics and benefits. As I had a friend that had lost her baby at 30+ weeks, I was already incredibly nervous about this entire pregnancy. My doctor held my hand and showed me the calendar. She said that she would be working on a given day in September, which would put me at almost 42 weeks, by what we thought was accurate, and she was working. The three of us, decided this was the day for induction. 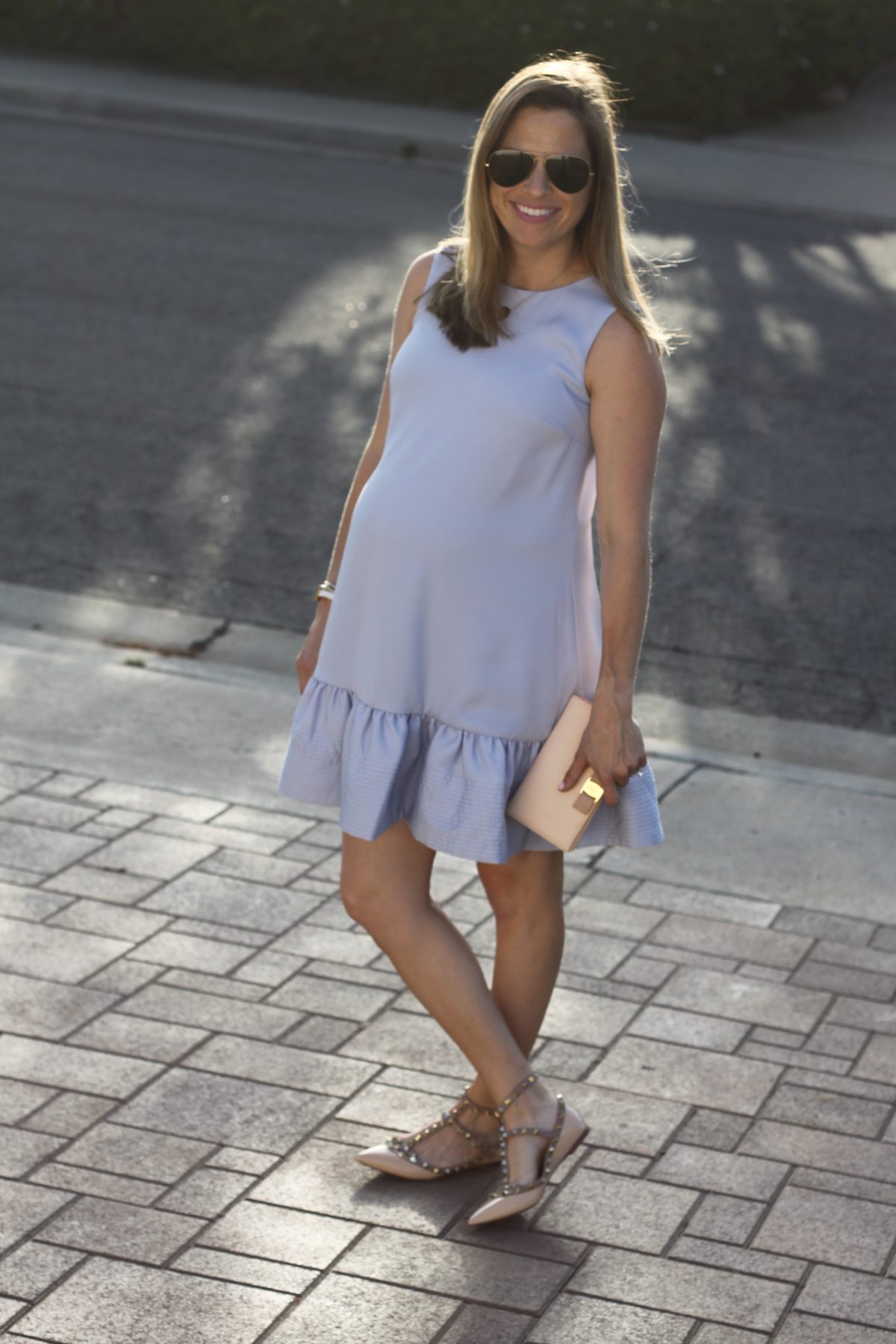 my outfit posts were so much better in my second pregnancy

For Madrid, we had an induction due date and she came on her own right before, so I figured Little Man would do the same.

So on an unusually rainy morning in mid/late September, we started our drive to the hospital. My parents had come over earlier in the morning to get Madrid and McKinley {our dog}. Madrid was just waking up as we left. I knew that if I went to hug her goodbye, we would never leave. My dad, said to me “I know you are running late, but they can’t do this without you there.” Our drive was tense. I was nervous, scared and all the emotions.

We began the process and I, strangely enough, got to be the first person to birth in the newly renovated room, which was the same room we were moved into postpartum when we had Madrid.

They knew that I wanted to put off the epidural as long as possible, especially since mine didn’t work with Madrid, and I was almost certain it wouldn’t work again. Fernando was so encouraging, letting me practically break skin as I was working through contractions, grabbing onto his shoulder, dancing around the room.

Our doctor, was so encouraging and checked in before she headed into each of her C-sections. I told her that I really didn’t want one, but if it came down to the safety of the baby, don’t waist time to numb me up or be sterile, to just cut him out. {I told you, in Part One, this post is full of TMI moments. And I’m aggressive.}

As it came time to push, the nurse told me to slow down. The doctor wasn’t there yet and left the room in a hurry. I couldn’t slow down. I was on a freight train that was full speed ahead. My body knew what to do, I knew what to expect and nature took over. The doctor came back quickly and she said we were ready. I started to panic. I was so scared. I don’t know why. Baby #2 was so much more of a frightful experience for me. Plus, everything had been so easy, I din’t think that I was lucky enough to have two healthy babies.  I have a best friend, who at the time, was going through fertility issues and I thought of her. How could I be so lucky to have two easy experiences, when she just wanted one.

Either way, said freight train was full speed ahead. I felt more confident, while still in a state of panic, with the doctor in the room and that we were doing this again.

Fernando was on my left, slightly blocking the clock. I remembered with Madrid that I pushed for 1 hour and 15 minutes, so I looked at the clock to see the minute hand, so I could gauge how much longer I would have. After everything was over, I looked back at the clock to see about what time his birthday would be. Fernando’s shoulder was still slightly blocking the clock, but the minute hands were about 10 minutes past what it was when I last looked. I assumed it had been an hour and about 10 minutes, and thought to myself, “Well, that was a quick hour.” 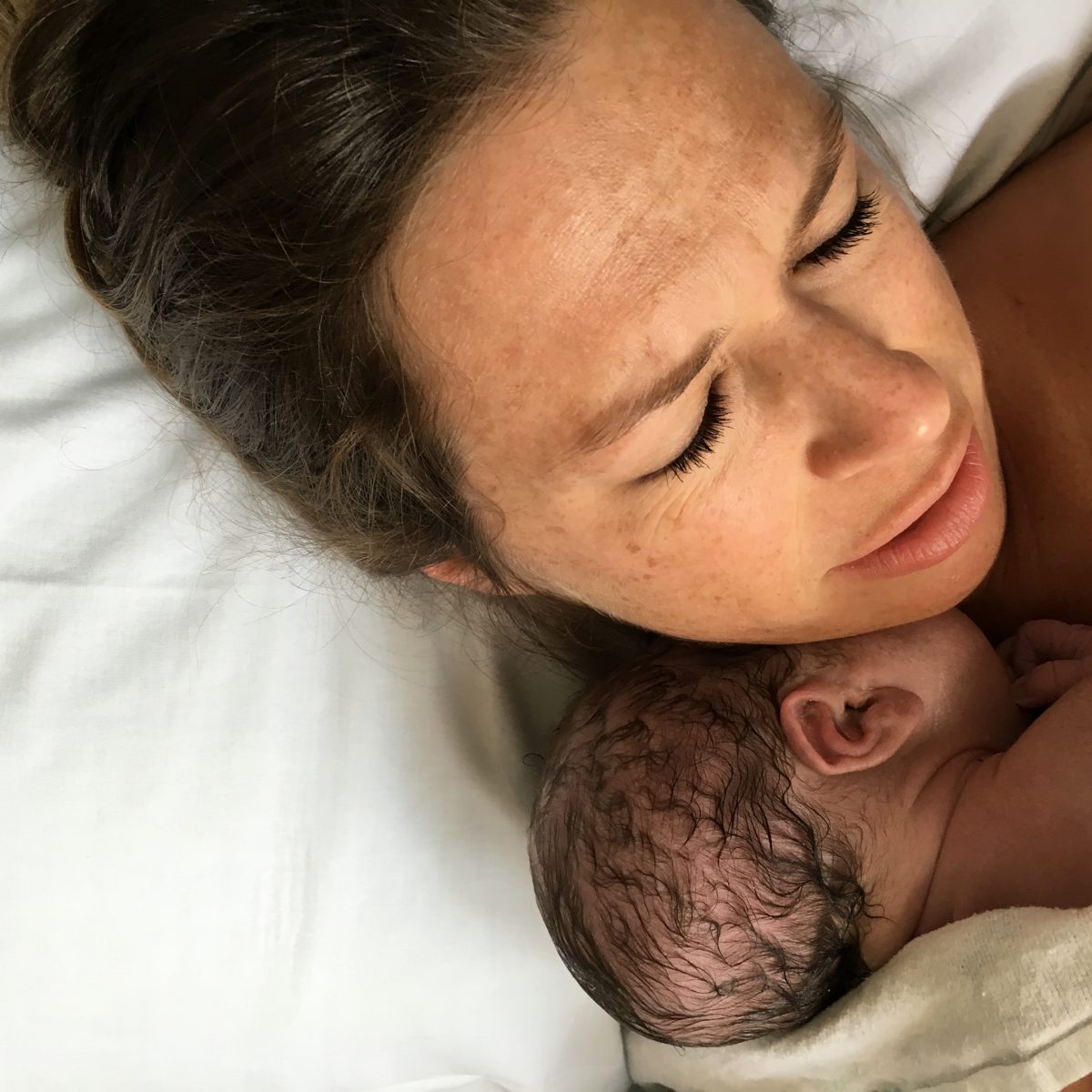 When he was placed on my chest I immediately thought, “Ooooh, he’s not cute, but he’s all mine.” It didn’t matter. He was healthy and nursing within 2 minutes and an easily delivery. We decided he looked like a Leo, even though we thought that name was getting more and more popular.

He was perfect. He was healthy. He was a great eater. He was Big. And we was ours.

I tried to pull a Kate Middleton and leave that day, since he was born at 2:20pm and wanted to be home.

They convinced me otherwise.

I’m glad we did, since I had a slight complication and passed out when walking to the bathroom in the middle of the night. I had passed a large clot and they wanted to keep an eye on me. The hospital’s policy is to keep the baby with the parents at all times, which I find strange to have to have as a policy. Why would anyone want their newborn baby down the hall, being carried for by someone else?

Madrid came to meet her baby brother for the first time, which was pure magic. We left the hospital that afternoon, not quite as quick as Kate Middleton, but still within 24 hours.

Madrid stayed the night with my in-laws, so we had one night with Little Man. When she came home the next day, she say Leo in his room and was excited, so gentle and kept giving him kisses and hugs. Our little family was complete. 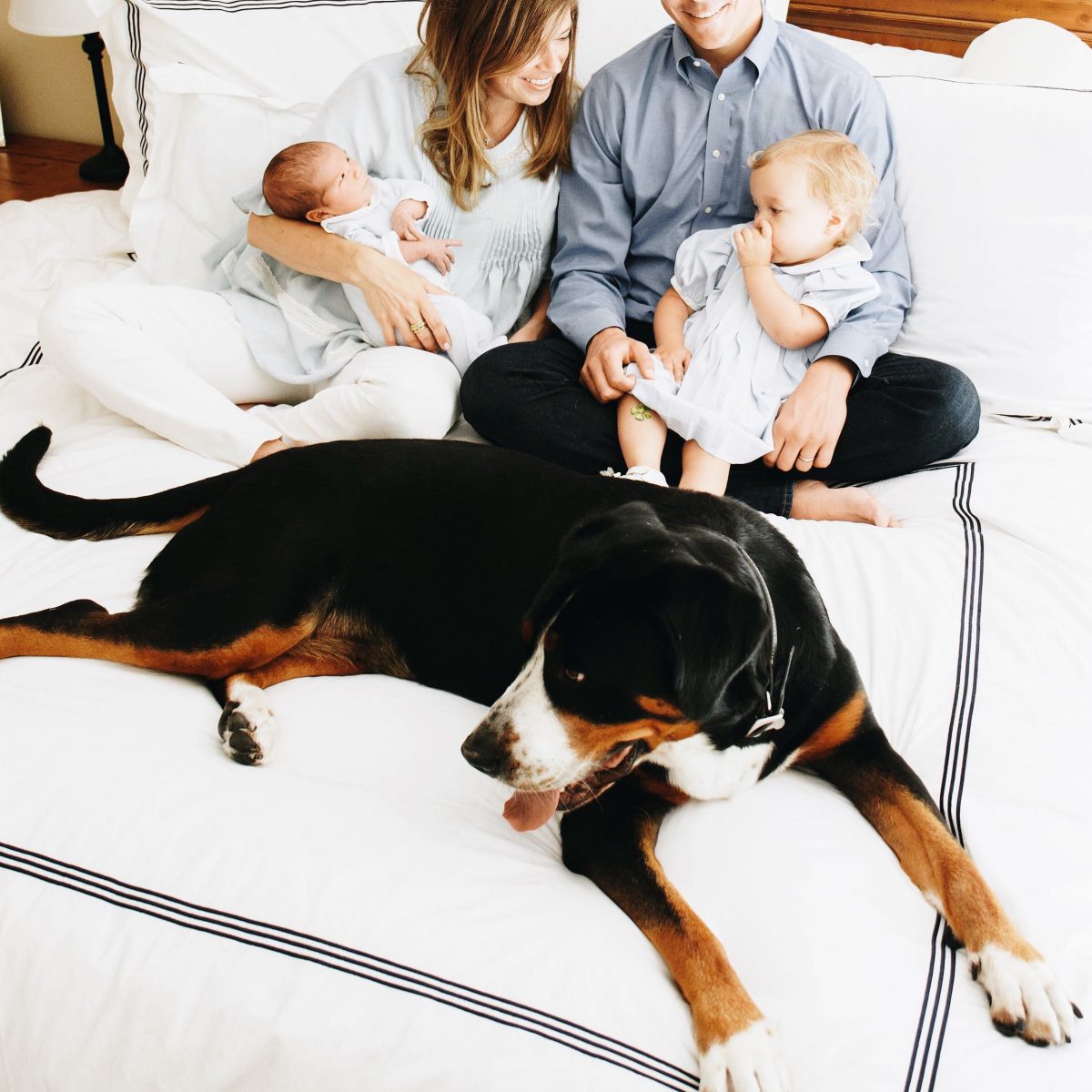