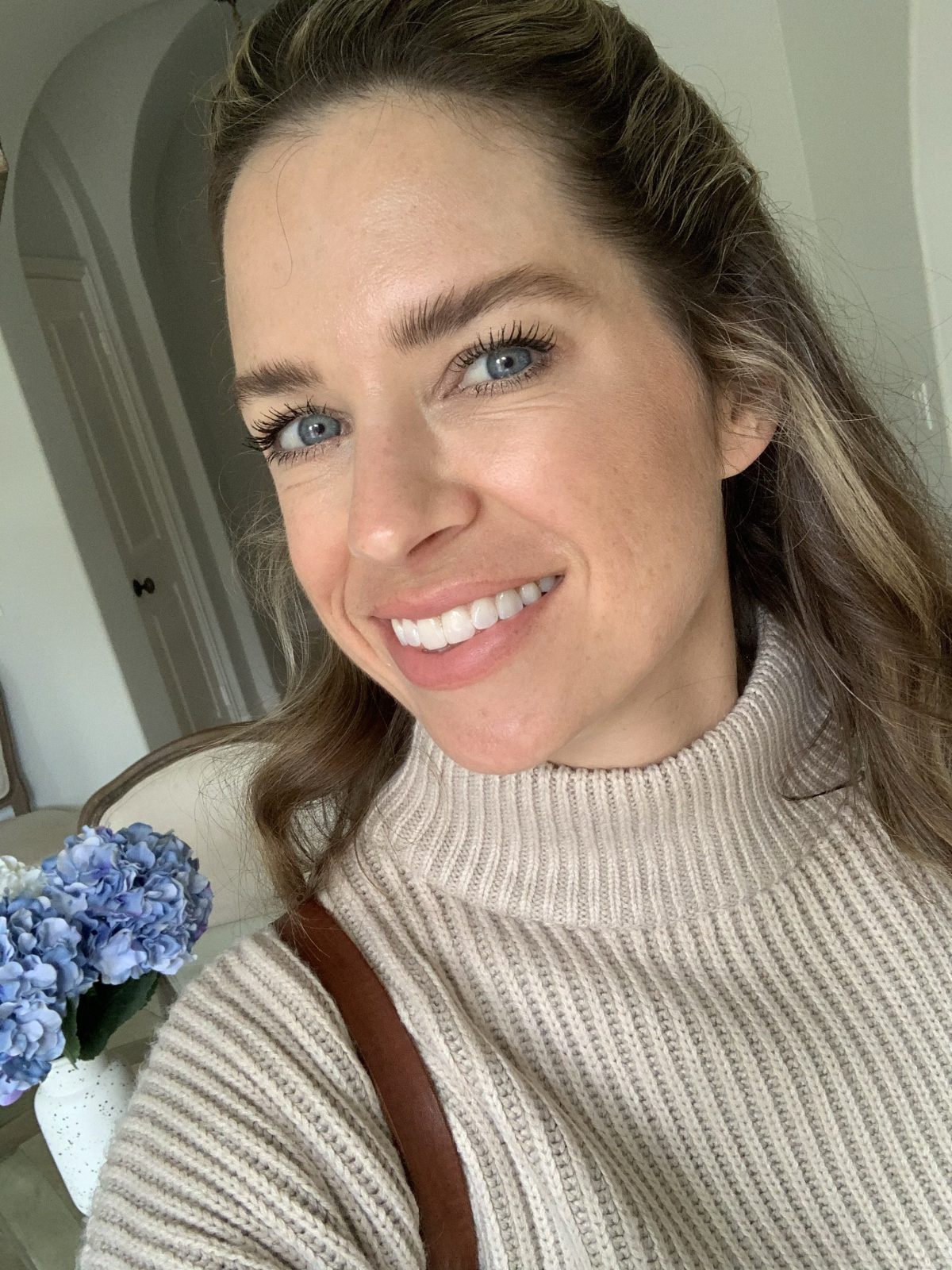 It is embarrassing to say how long this took me to figure out. I think I had very high hopes of it being a mini feature film, but it’s not. I tried a couple of apps to attempt to edit it, but it was more than frustrating, especially with dealing with being hacked on my blog at the same time. Either way!: I shared my easy 10 second brows and plan on sharing less than 10 minute day makeup next week. Go give my first IGTV post some love! {since there are currently over 500 views but only 130+ likes. Don’t tell me my hackers are creeping….}

Glossier Brow Bow : I don’t know what it is about this little guy, but it’s brow magic! As I stated in the IGTV, I used to have time to get my brows done, shaped and tinted. Then I became a mom and lost my tweezers, like 3 years ago. I have used this eyebrow serum in the past, but I think that I might just have awkwardly long eyebrow hairs that do whatever they want. And I let them!

-Start at the start of the brow, the part closer to the middle of your forehead.

-Go with little strokes, brushing the hair up, towards your hairline, until you get to the highest point, the arch of the brow.

-At the height of the arch, start on downward strokes, more towards your earlobe.

As you get more comfortable, this will take less and less time. This product has been a staple since a girlfriend bought it for me about 4 years ago, and now I never not have it. I have tried drugstore options, but they are either too thick a formula, or too dark a pigment. This product is just one of those ones that really doesn’t have a competitor.

Clean Highlighter used in the IGTV. Used Halo on upper cheekbones, like where you would put an eyepatch mask. And Topaz on the underside of the cheekbone, like where I apply bronzer.

thank you allllll for being so patient with me while trying to figure out this hacking on the blog! I plan on doing a post in the near future of what services and plugins I used. xoxo