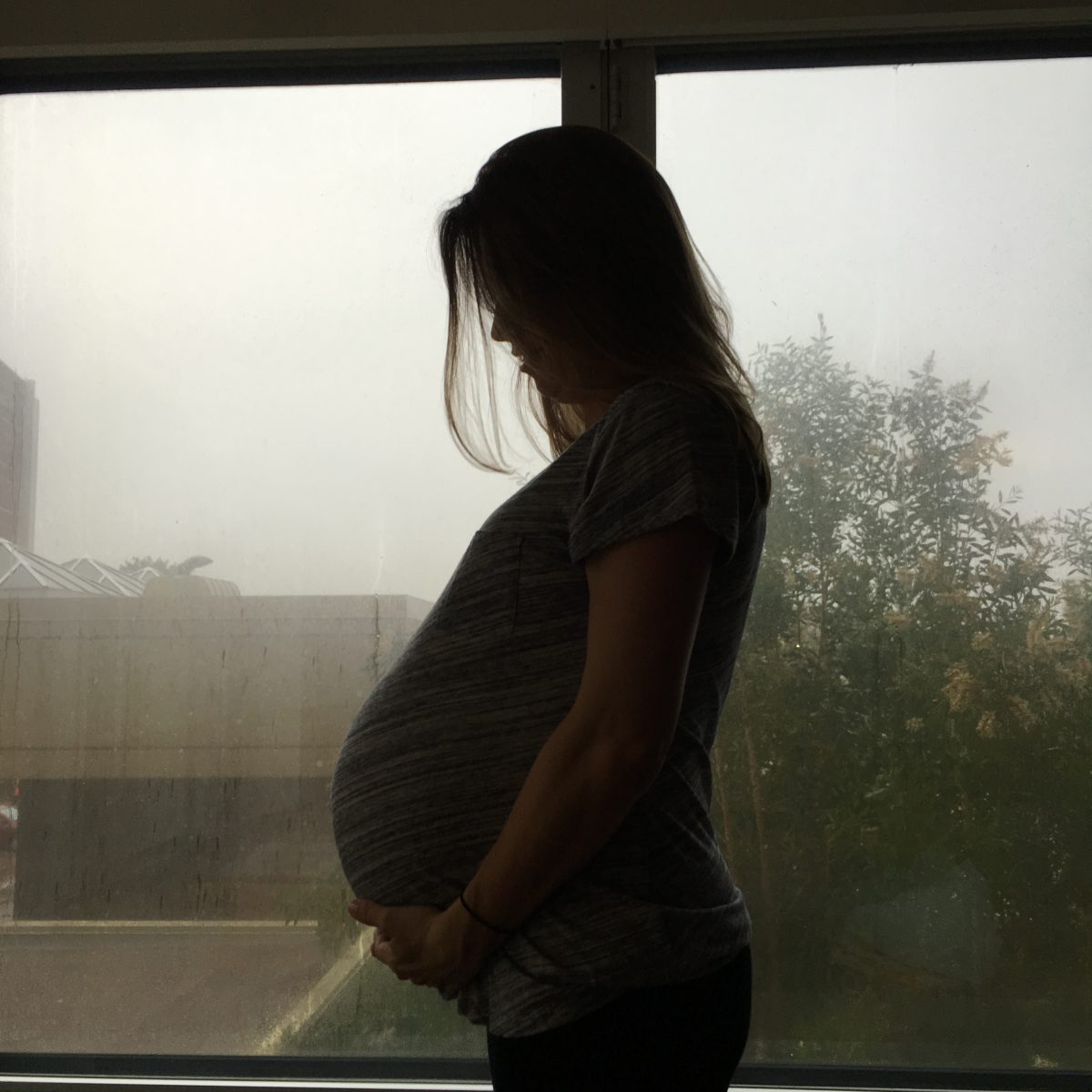 pregnant with Leonardo on his birth day.

It really started much earlier than that, but that requires me to discuss TMI topics such as missed periods and pregnancy cravings…

So it started in the late afternoon on {what I thought and felt} was a big birthday. We had been married for about a year an a half, were both settled in our careers, had the dog and we were home owners. We were on a hike in the lagoon by our house before meeting up with our families for our traditional birthday dinner. The topic of starting a family came up and through panic tears, we decided to go off birth control {I was currently on The Pill. Told you I would get TMI.} and “see what happens.” As I am a nurse, I was fully aware that this could take a while, but also knew that it could also just take about 30 minutes, so I was a little panicked. Panicked in the good way, panicked in the bad way, panicked in the scared way. I knew that I always wanted children but to man up on a big birthday with this decision felt very adult and this scared me. Thus, the panic.

Fast forward another year and a half, and still no baby. I was too scared to bring this up with my doctor until our annual visit and we discussed options and she gave me pointers. The problem was….{WARNING: many, many Too Much Information moments coming up!!!} I was completely irregular in my monthly cycles, I always had been, and therefore I was difficult to track when I was ovulating, when the best time to check my hormone levels or even the best times to have sex. My doctor and I came up with a plan of a more strict….hmmmmmmm…regimen and “see what happens.”

More months go by, I panic and up my workout, up my juice cleanses, decrease unhealthy lifestyle habits, {but I refused to give up my champagne}. Now, in retrospect, these things were probably all hurting my chances of getting pregnant, but I thought I was doing what was best.

Get healthy, get pregnant. 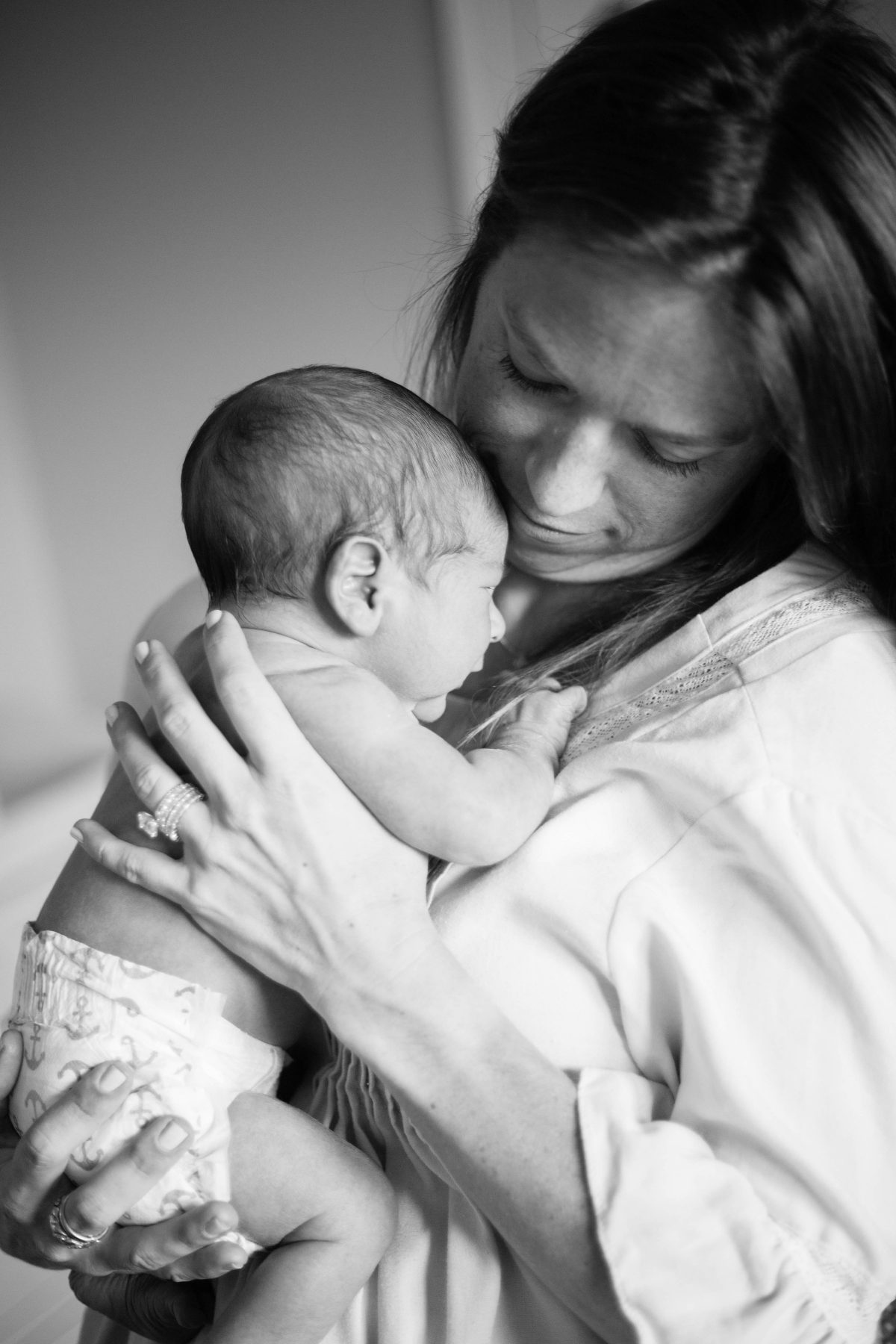 In the meantime, my sister-in-law had already gotten pregnant, given birth and had a 5 month old. We went on a family vacation with two babies and I was reading “The Light Between Oceans “ which I do recommend, but not if you are dying for a baby. I watched my nephews play and longed to be pregnant too. In the New Year, I went back to the doctor, told her I had had roughly 1 period in about 9 months and she recommended a Fertility Clinic. At this point, this was getting stressful, our regimen was beginning to feel more like a chore and I was kicking myself in the face for waiting so long to start trying and to “see what happened.” I get in contact with the recommend Fertility Clinic, fill out forms, have a couple of phone interviews and make an appointment for us both to come in. As I was a nurse on an Oncology Floor, in the middle of Flu season, with many patients that sometimes have diseases and illnesses that pregnant people cannot be around, I was alway worried that I had been pregnant and didn’t know it, but then remembered how irregular I was with my monthly cycle.

I had been prescribed Clomid, and I didn’t really want to take it. I didn’t want to force the issue/maybe we weren’t supposed to be parents/ maybe we were supposed to adopt, etc. Either way, at about 5:40am, before work, I took a pregnancy test, because I had a weird feeling to take one, thought that the Fertility Clinic would ask the last time I had taken one and wanted “just to double check” before I went to work, so I didn’t, unknowingly have a patient infected with Tuberculosis and harm my baby.

The. Test. Was. Postive.

The fertility clinic called to confirm our appointment later that morning, I told them the good news before I even told my mom. I could feel their excitement through the phone. They said they would keep my application and informataion on file, just in case. I promptly told them to shred it and hopefully they would never hear from me again.

But that said pregnancy was Madrid. We are talking about my Little Prince Leo. 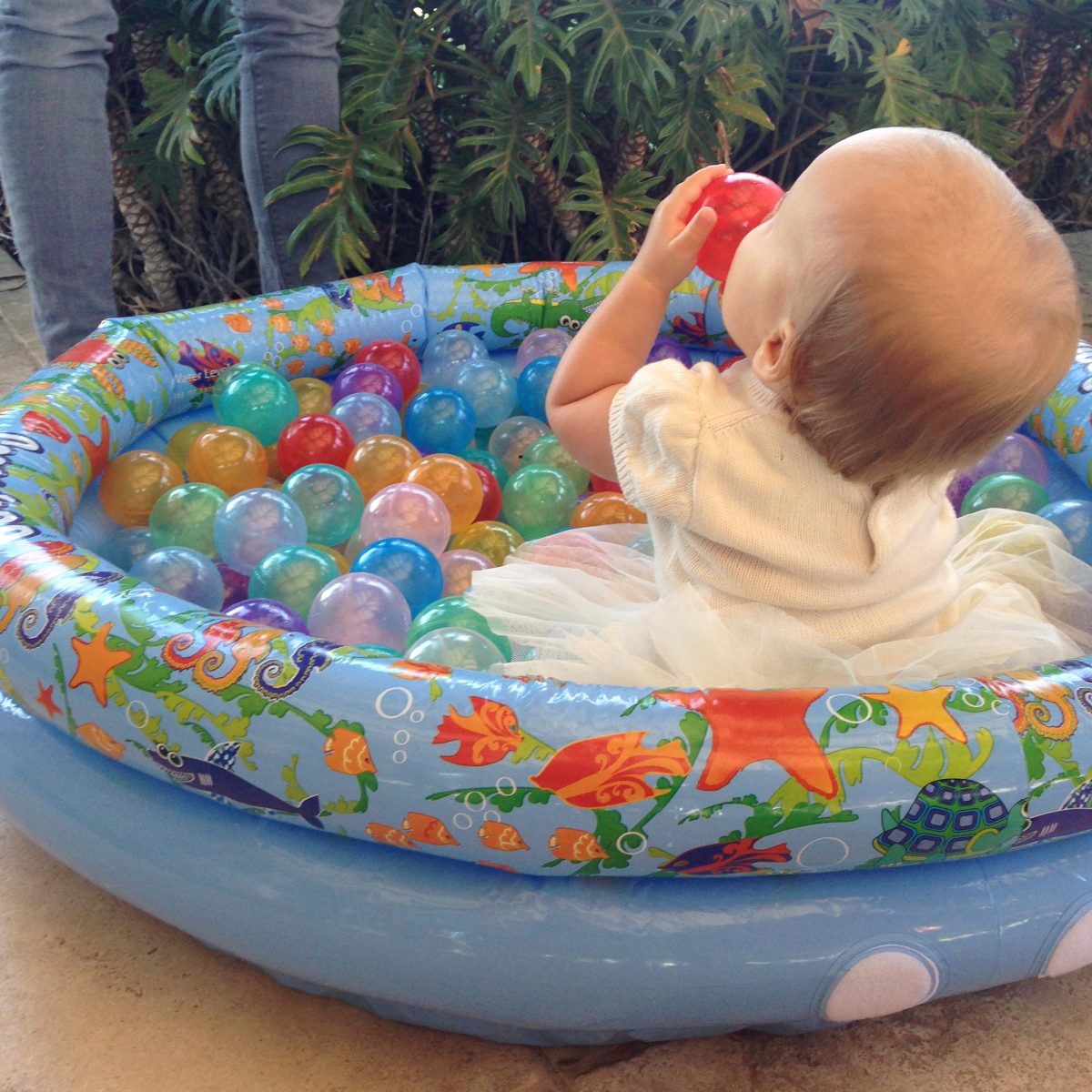 So skip ahead to Madrid’s first birthday. We had successfully breastfeed for a year and she had weaned herself a couple of weeks before and I was finally slowing down pumping. I was supplementing my frozen breast milk supply with almond milk, cow’s milk and some combination. I had not had a period for 1 year and 9 month.

Yep. Not kidding. Not since right before I got pregnant with Madrid and I am almost convinced what I remember as a period was implantation bleeding. {It is common to get what seems like a light to moderate period when the fertilized egg implants into the uterine wall.}

We weren’t being “careful” and I truly thought that I would surely get a period before we discussed getting pregnant again. {I mean, we were being careful in our daily life: wearing our seatbelts, not letting Madrid play near an open flame, washing our hand etc. but not being that kind of “careful”…wink, wink.}

Over the holidays, I remember the wine not tasting very good, champagne not quite hitting the spot like it normally did, feeling a little slowed down. I just thought this was Christmas with a one year old and watching your baby learn to walk. In the New Year, one morning I woke with a panic thinking that I had the flu or mono and how I would take care of a one year old being sick. For whatever reason, when I went to the bathroom that morning, and reaching to get a new toilet paper role, my multi pack of pregnancy tests fell out and I thought, “Why not?” I hadn’t gotten a period for almost two years, and hadn’t taken a test since before Christmas. {It was obviously, negative. I thought I was being responsible and double checking before a boozy holiday season.}

The. Test. Was. Postive.

I laughed at myself and thought, “Oh. My. Gosh. Well, that was fast.” I had the tiniest bit of panic but true excitement without having the pressure of when was a good time for baby Number 2.

I walked slowly to the dining room, where Madrid and Fernando were having breakfast and said, “Well, it’s not mono. I’m Pregnant.” Fernando’s face lit up like a Christmas Tree. Pure excitement. Ecstatic. I don’t think I’ve ever since him this excited since our first pregnancy.

We felt very lucky to have the two pregnancy experiences: one that took longer than we thought and a “surprise.” 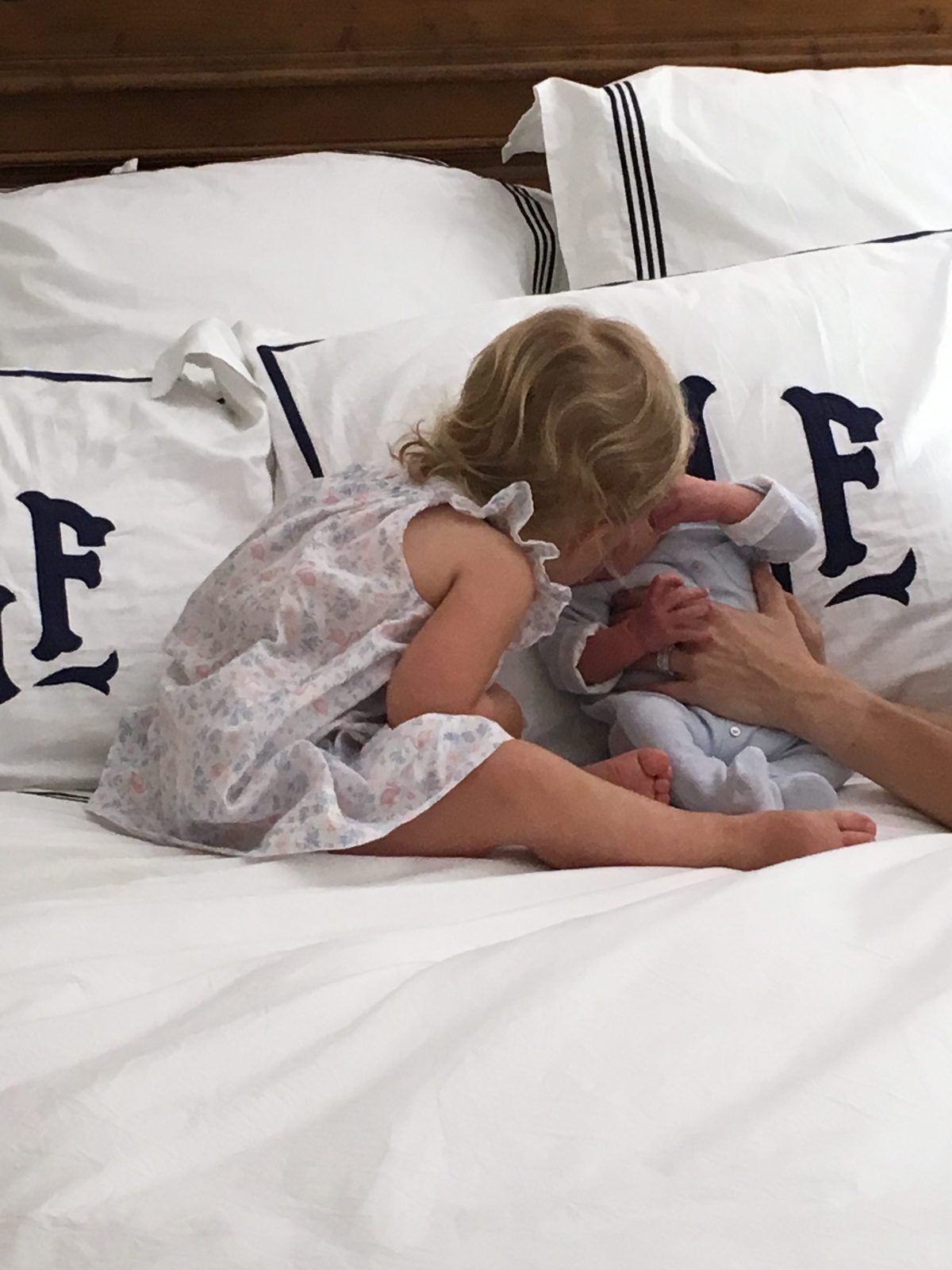 We always knew we wanted more than one child and couldn’t wait to give Madrid a sibling, but when we did the math and realized that we would have Two Under Two, we did panic a little. Because we are religious and have a relationship with God, we knew that this was our plan, that the babies we were blessed with were supposed to be here when they were here and we would figure it out.

So… back to Leo’s Birth story…