I have not been surprised that the last couple of months, that these sunglasses were always included in the Top 5, but this month, y’all have been liking, clicking and purchasing on a new round up of items! 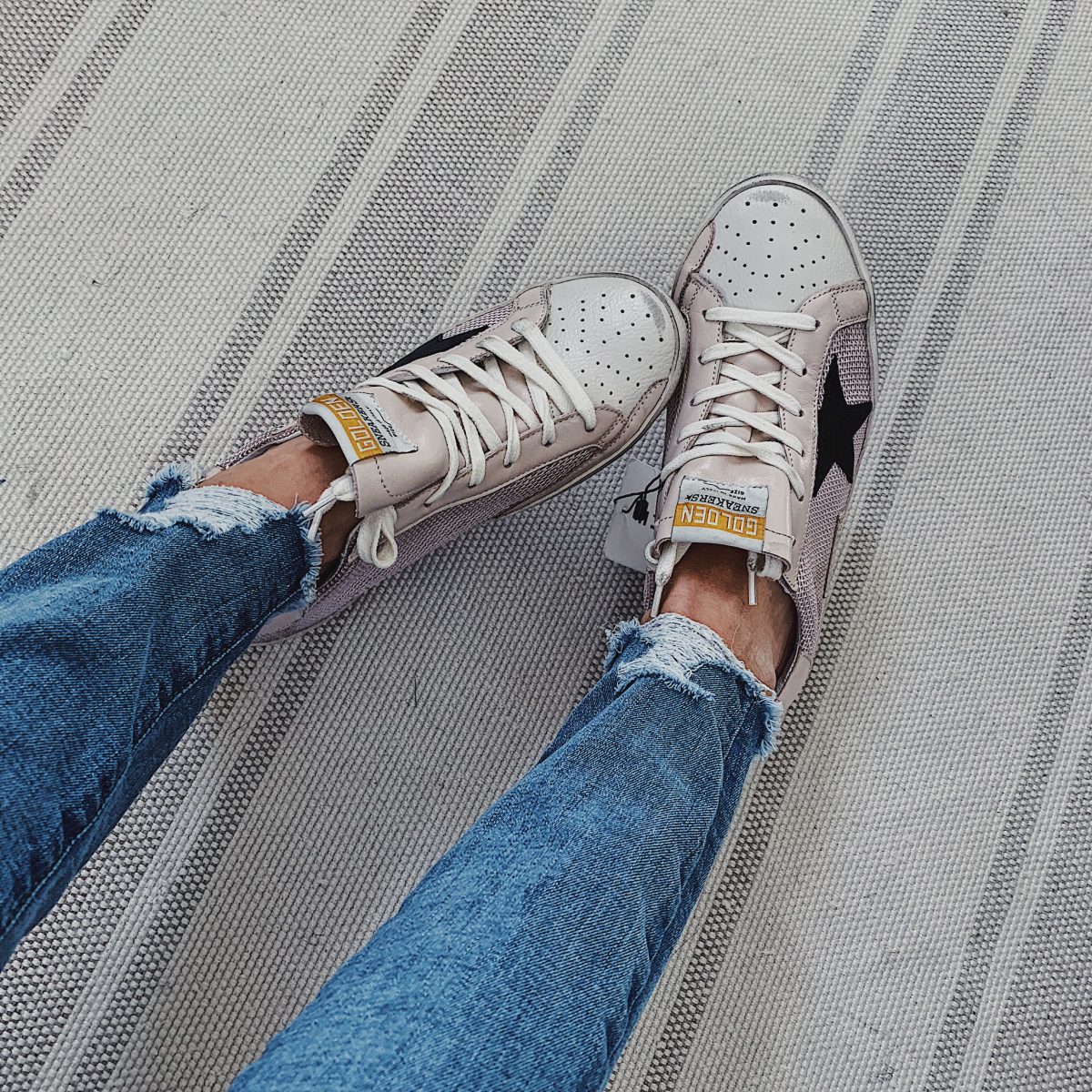 I was so so anti these originally, and couldn’t believe they were really a “thing.” Yet, I have slowly been convinced that they are amazing and now I am a convert. When I first started talking about them on my IG stories, people were in 1 of 2 camps: 1. “you are crazy to pay that much for dirty sneakers” 2. “I have them, love them, wear them all the time and want/have multiple pairs.” Either way, yes, 150% bougie, yes, I wanted them because other people had them and yes, I overpaid. But when I got them on major sale and only in my size and a color way that gave me goosebumps {yep. got goosebumps when I opened the package}, then I knew they were a great, overpriced purchase. {THESE are the ones I finally settled on. Also find them here and here. If you are truly obsessed like me and are willing to over pay for dirty sneakers, but still appreciate a deal, check out THIS and THIS website. They have the cheaper prices than I have seen elsewhere. I was checking daily at one point, and that is how I was able to get mine over 50% off. By stalking. Pure stalking.} 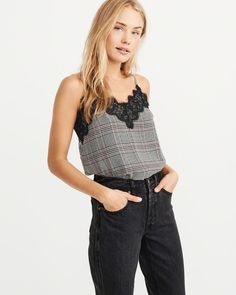 I am so so bummed that this lace cami has since sold out. I was waiting patiently for mine to arrive to realized that I never actually clicked “purchase” when I shared it to my IG stories and I am still kicking myself. This online retailer has THIS version, but I don’t love it as much. Shop similar looks below. Surprisingly, simple camisoles can easily be $100+, so I have included many looks below for under $100. This plaid one and this pink one are my favorite and I plan on ordering when I get back from our trip. {those covered buttons down the side on the pink one are so gorgeous!}

{this retailer is also pretty good about restocks…}. 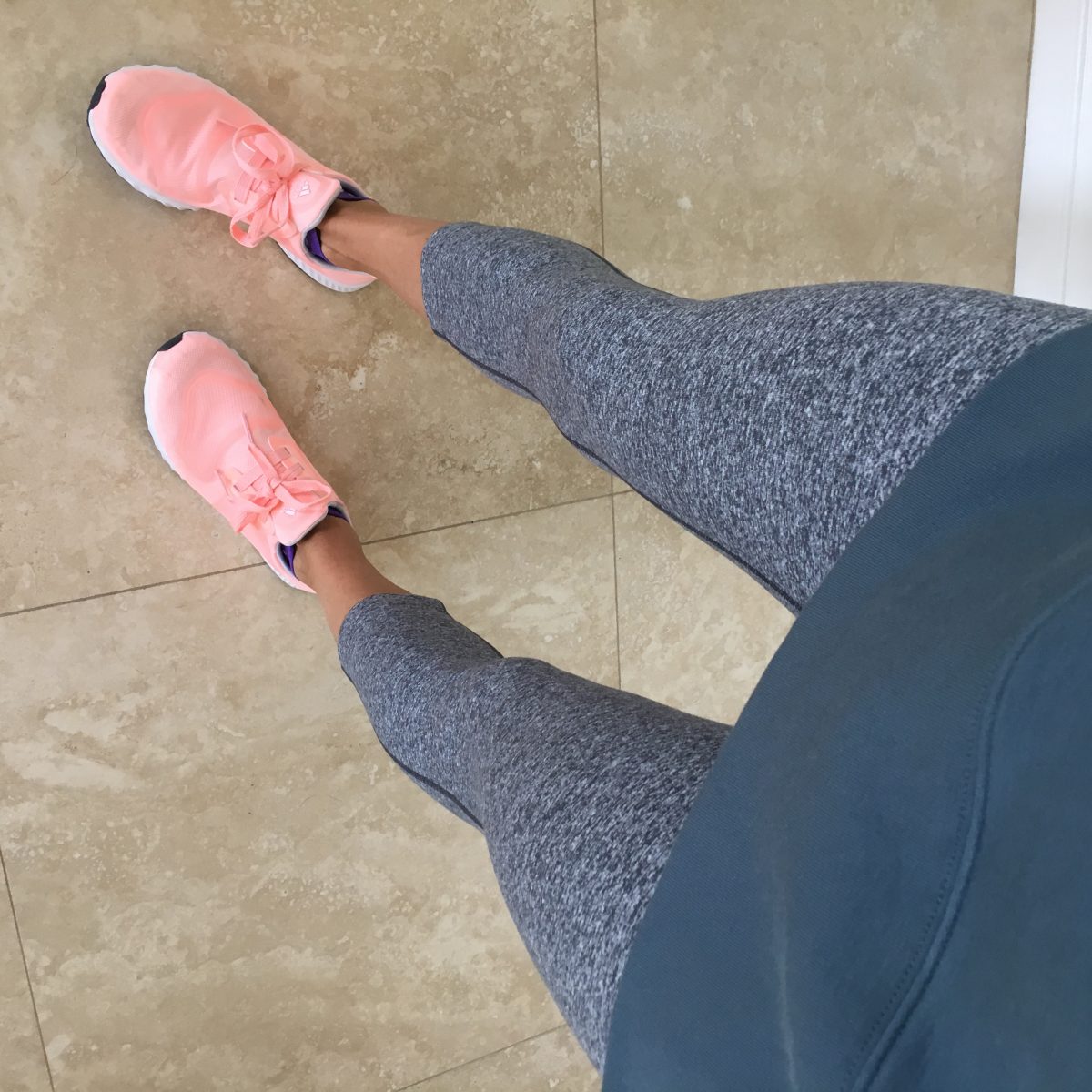 These were one of the only things that I was excited about during this year’s Nordstrom sale {see my #NSale posts from this year about What I Kept, What I Returned From the Nordstrom Sale and My Sale Top 5}, and they do not disappoint. Since I run so much, and am particular about my running shoes, I have not run in them, but use them for running around or on cross training day. Yes, I have two colors. 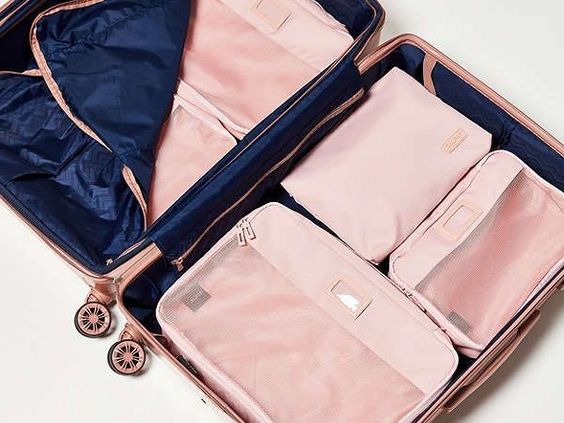 These PACKING CUBES are life changing. As we are currently traveling, they kept me from over packing {too much} and I used them to organize the kids packing. Madrid has pink, Leo baby blue. Then you can organize packing for the kids: pjs, undies, diapers in one, swim gear in another, day clothes in another. I love them most for unpacking. I put clean clothes back in them {since I tend to always have some clean clothes at the end of a vacation. I over pack. Every. Time.} and dirty clothes in the suitcase. The “free” clothes in the suitcase go straight to the laundry room, the packing cubes go to their respective closets. 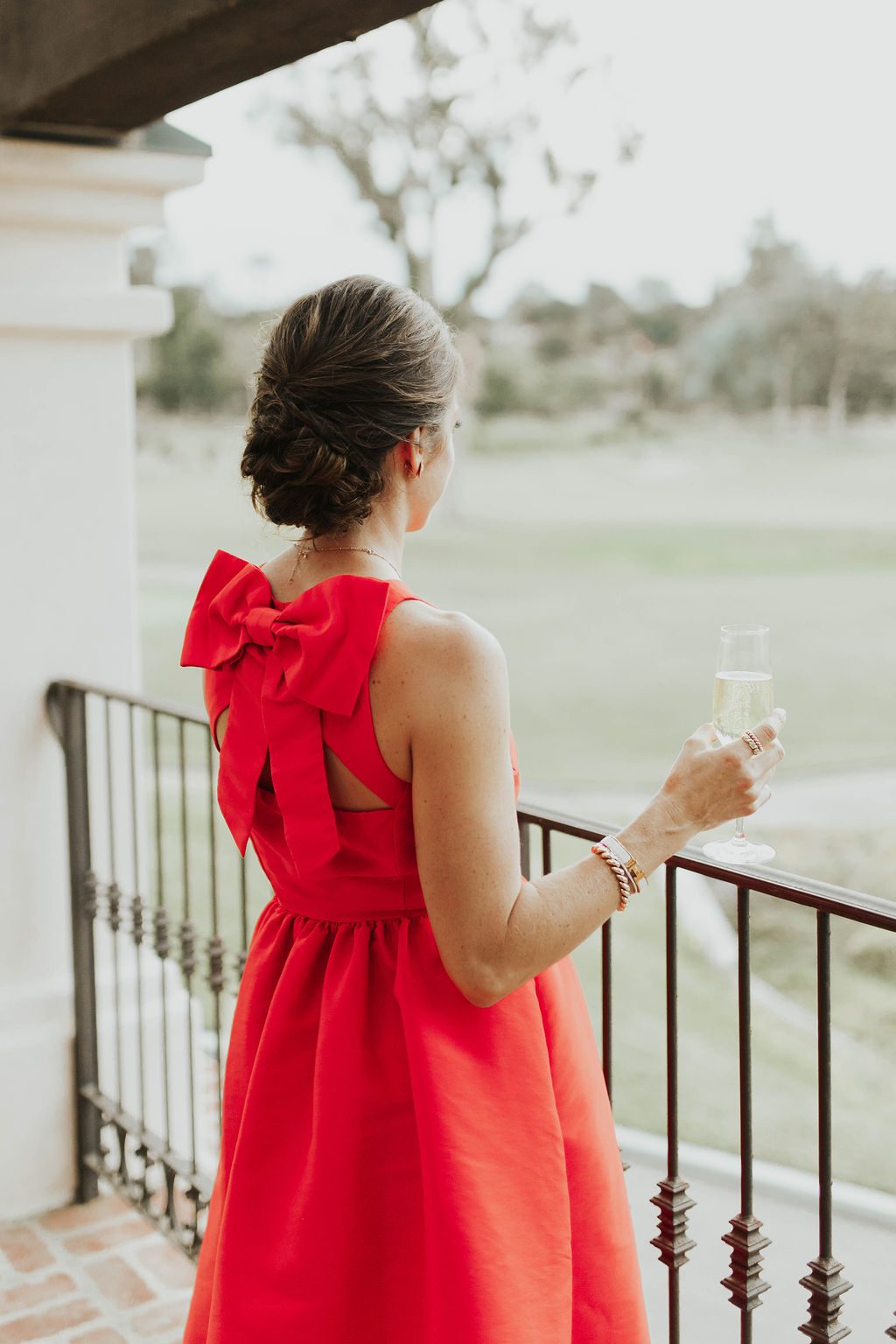 This dress was what I wore for my MOM’S SURPRISE PARTY. As I am an over planner, waiting for something to be delivered the day or two before an event gives me anxiety just thinking about it, but this dress was a dream. The theme was to “Wear your Shelby colors. The brighter the better” so this cherry red, bow back dress was perfect. I really didn’t want to send it back. 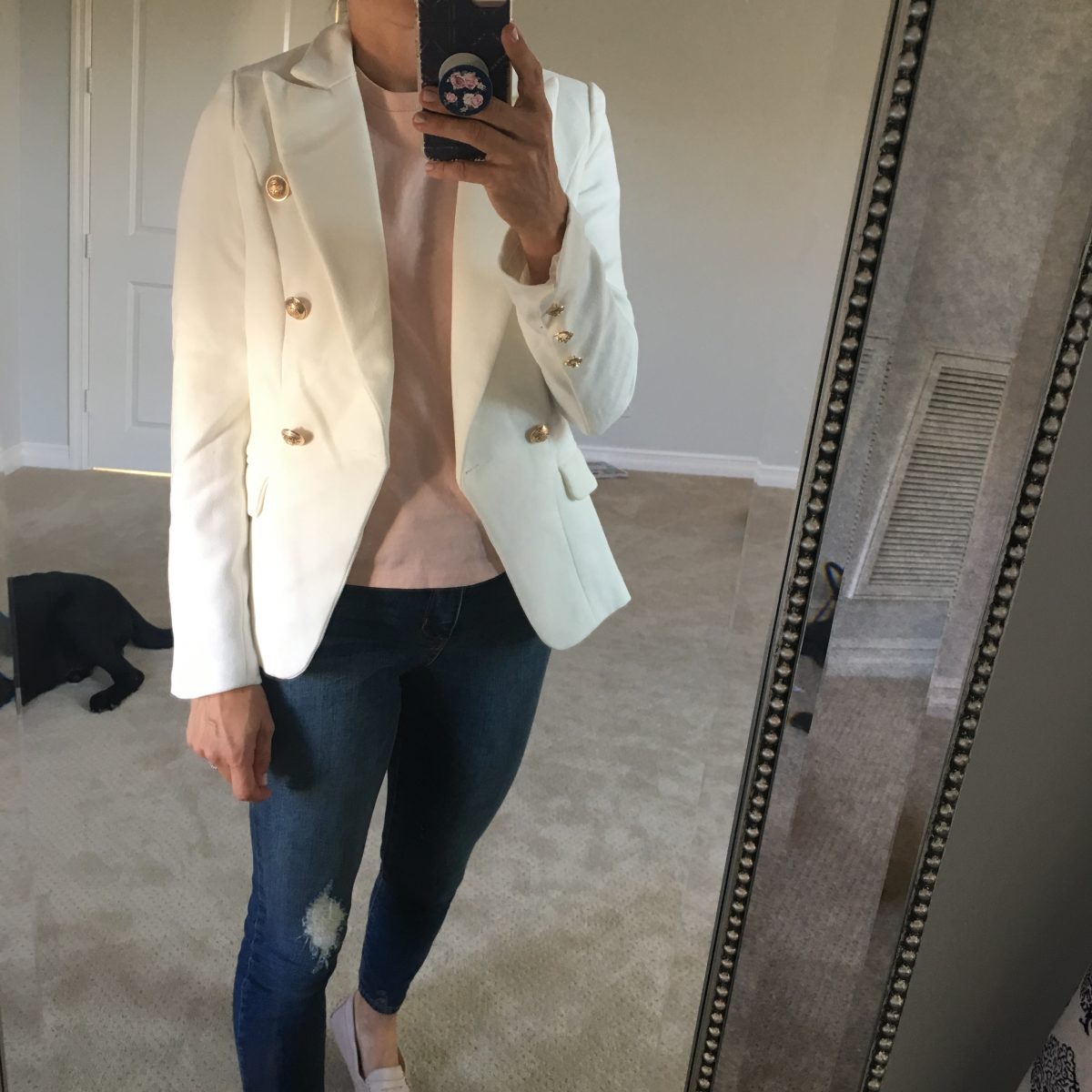 Well, this was the sale find of the year. Blazers are my quintessential style. Although I define my style as girly, preppy, I tend to live in jeans. Therefore, blazer are a must. I have more than I can count and wear them with everything from t-shirts to cocktail dress and to anything from church to parties. They are a must in my closet. I loved the style of this one, and not even on sale, for under $100 for a well cut blazer is a great find. But when I scored them at the Shopbop sale {see my post HERE}, for $66, I quickly bought more than one color. 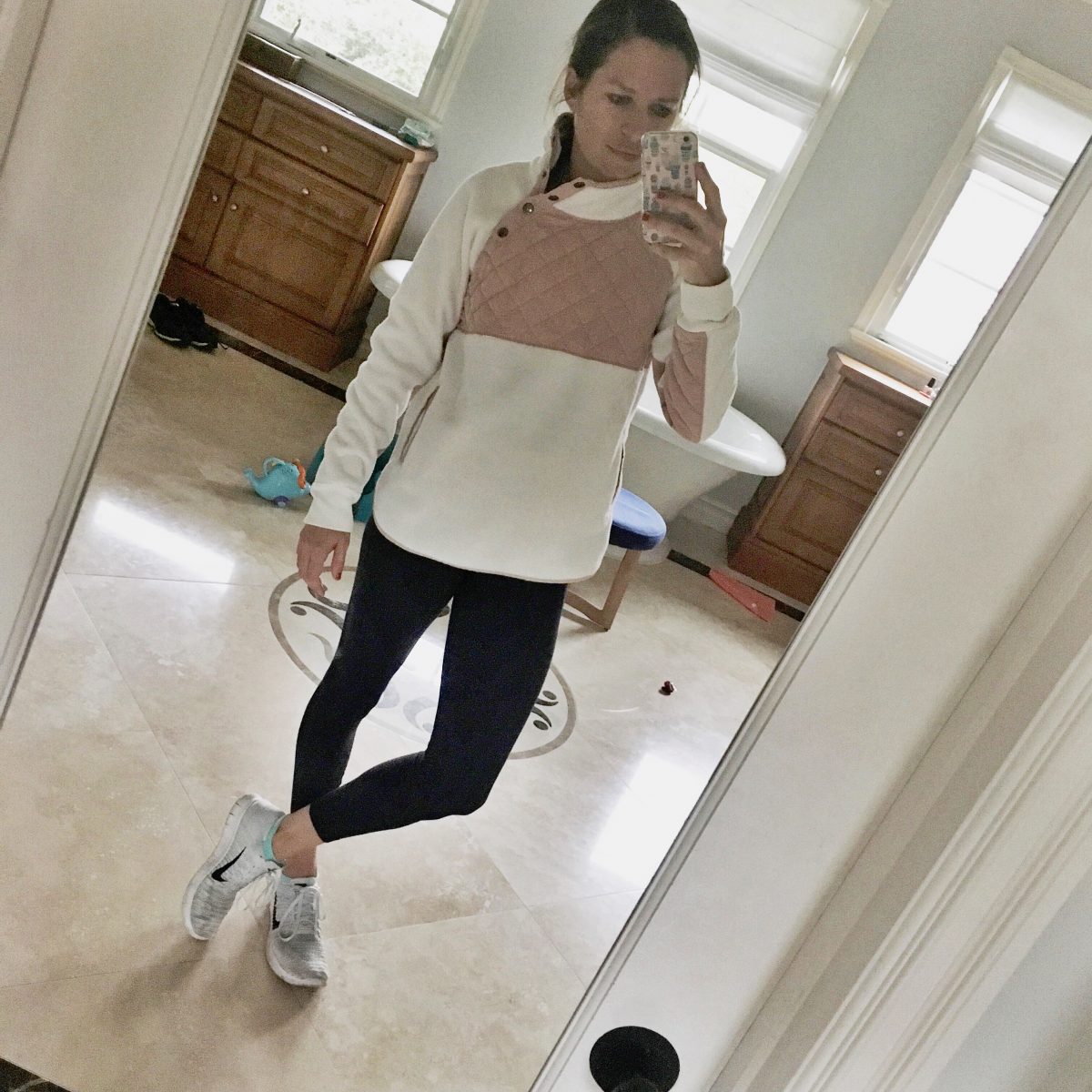 I truly wish that the San Diego weather could allow me to wear this more. After falling in love with this three years ago when spotted on multiple bloggers, but finding it sold out, I quickly snagged this BLUSH FLEECE last year. This year, I got  it in green and even did a giveaway. When we return from traveling, I will be doing another, so stay tuned! {here is a dupe of this look for $10. Love the Rust color.}