Here are the top engaged in photos from Instagram for the month of December. I love these post to look back and see what content of mine on IG struck your fancy the most!

I have included links by the numbers that go directly to the LIKEtoKNOW.it page. But have also included direct links to the products in the photos if you don’t want to sign in or up. {but I do highly recommend you do and follow me! Plus, this is where I do my shopping via other influencers IG content.} 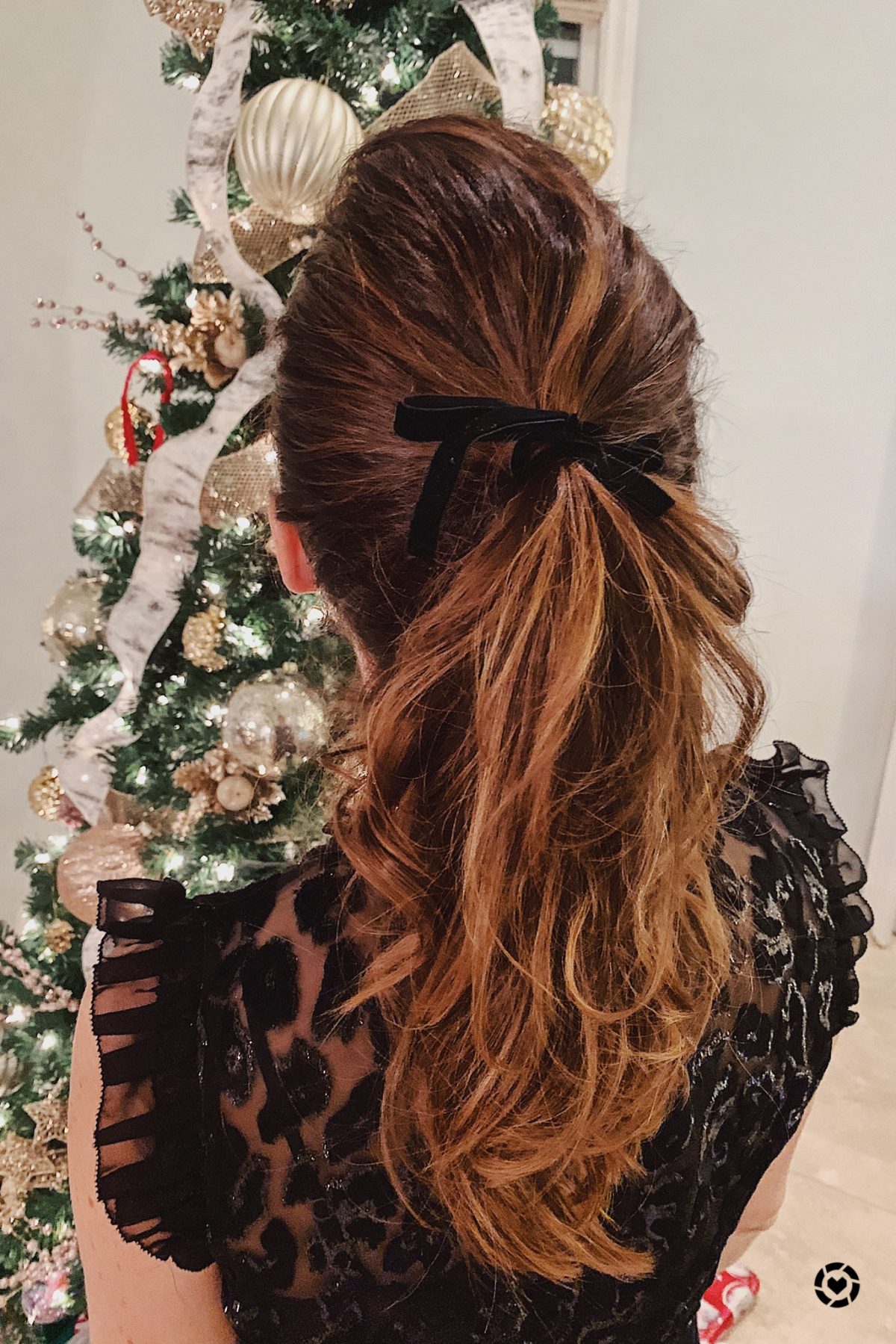 Anyone else 100% on this hair bow train for adult women??? I give Kate Middleton and Elizabeth Holmes all the credit. If you aren’t following Elizabeth {@eholmes on Instagram} then you need to. Like, right now. Stop reading your favorite blog that you are reading right now, and go follow her.

I am not going to lie, that my outfit for a little holiday party at our home was 100% planned around me being able to wear this tiny black velvet bow in my hair. I love this multi pack as you can use any color you want and use the rest for gift wrapping.

Since so many readers direct messaged me on Instagram to see if I saw this HAIR BOW {and the price!}, I find that this multipack provides you with 0% of the guilt if you are not drinking the bow jungle juice, like I obviously am. 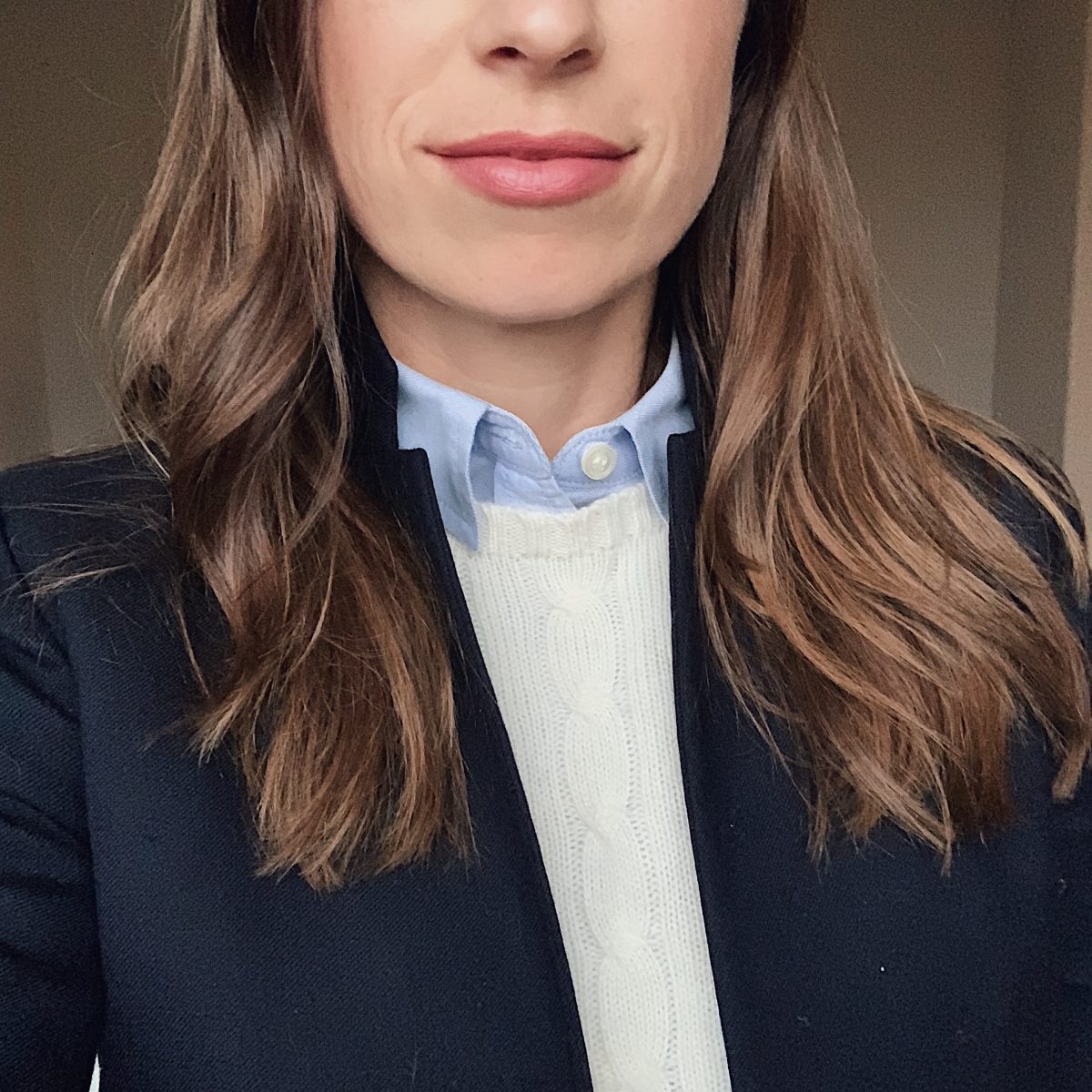 I love and live for a blazer and I think that I can give Blair Waldorf some credit for my preppy/classic way of dressing since I was in love with her style when I was trying to navigate my own in college.  But with this circling iron, I am also able to channel Serene van Der Woodsen. Hashtag team both. 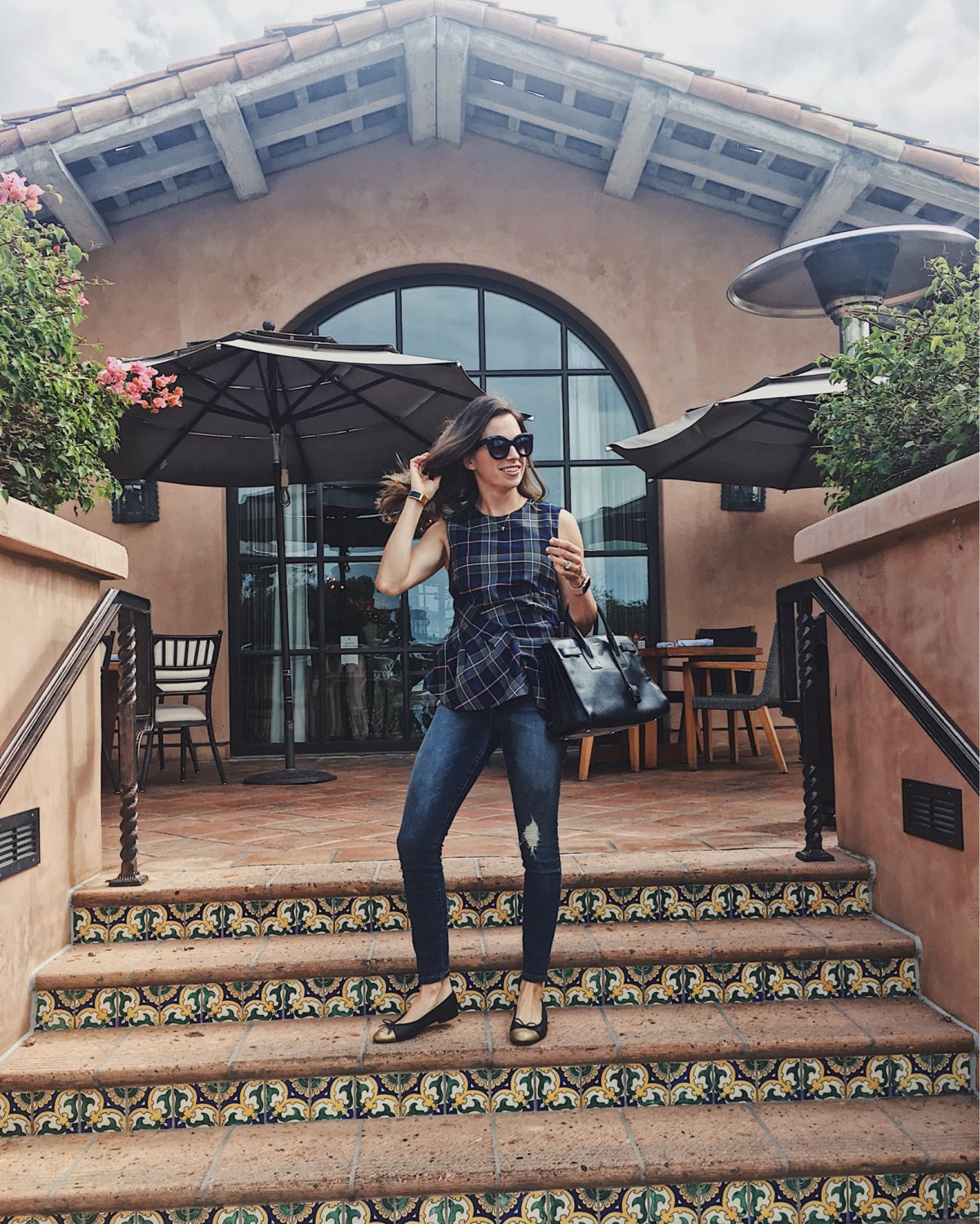 Wearing navy at one of my favorite places with my loved ones. hashtag blessed. 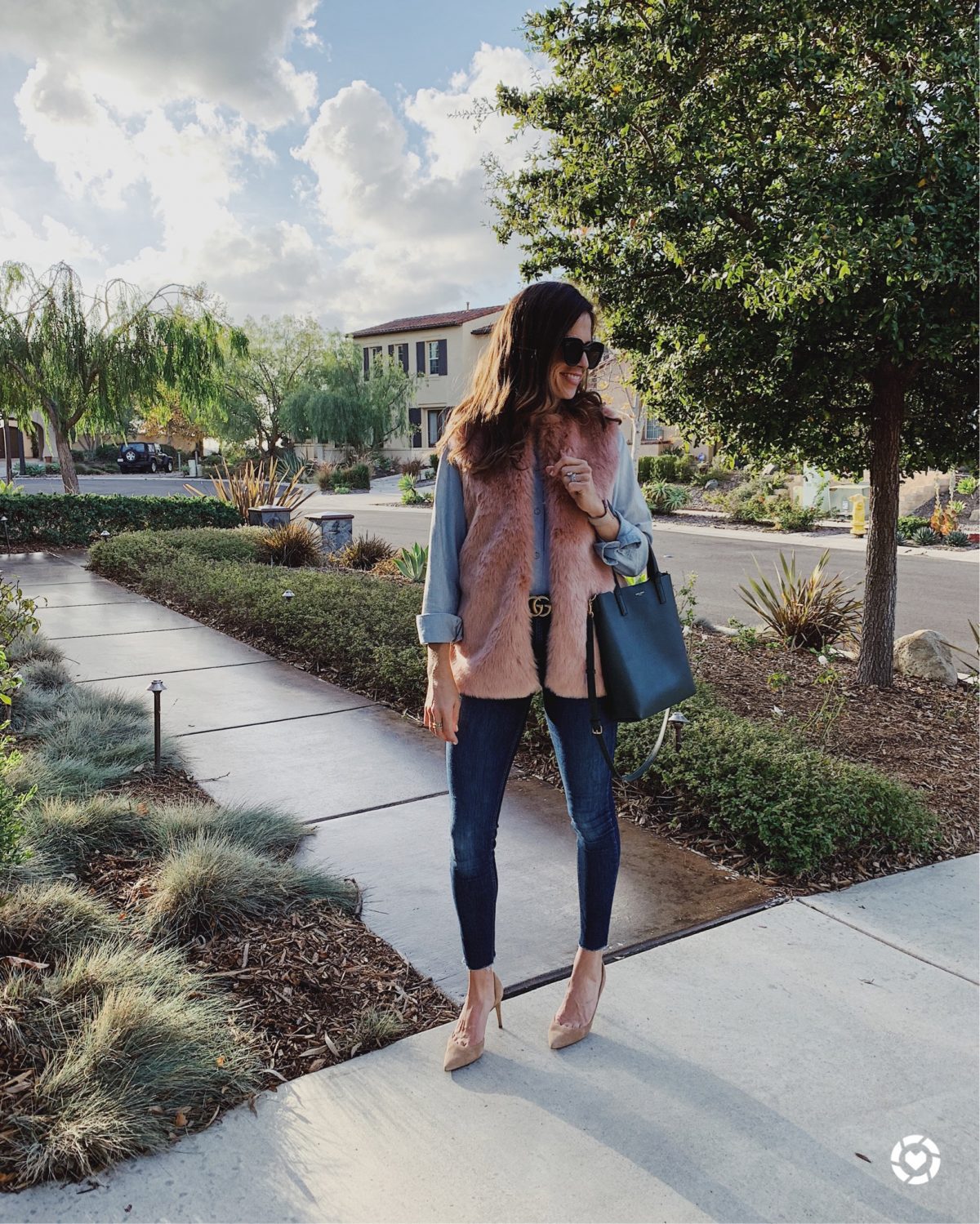 I was so thankful that I got such positive feed back on this Instagram post when I was worried that faux fur was fueling the fur trade. Phewph! So glad to know that I am not alone. With so many great faux fur options out there, I don’t really see the reason to buy real fur. Plus, it is completely barbaric. Love that y’all love faux fur vests as much as I do! 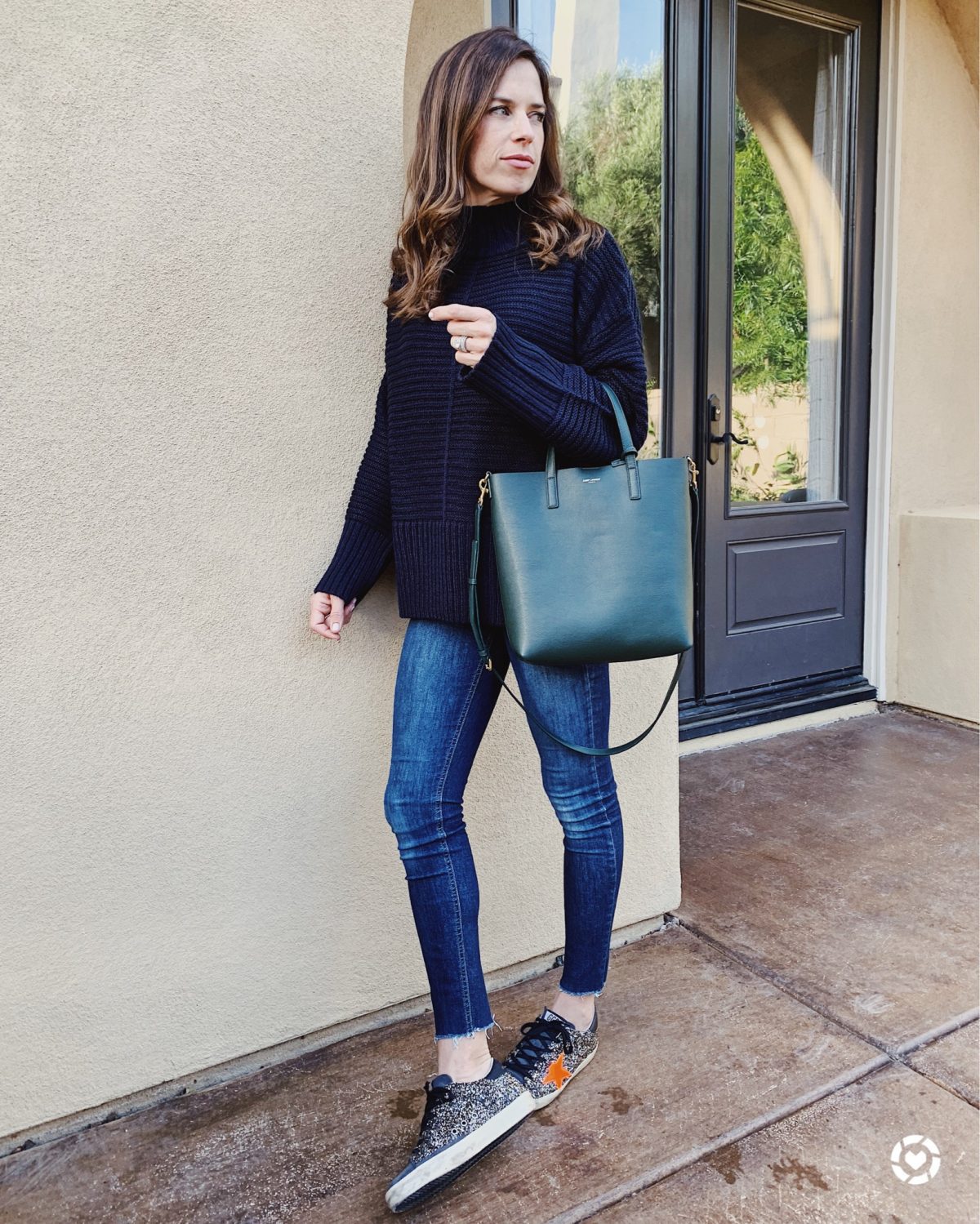 This turtleneck was an impulse purchase, as one really doesn’t need too many sweaters living in San Diego. And y’all know how I feel about cashmere. When the weather permits, and often when it doesn’t, I reach for cashmere. Yet, this boxy shape and the dark navy {and the price!} had me a convert. This sells multiple times every week, comes in two color and there are still limited sizes left. I got a US 4, so I would say that it runs true to size.

Extra points to those that know what is in the photo that I bought for myself for my birthday! {here & here} 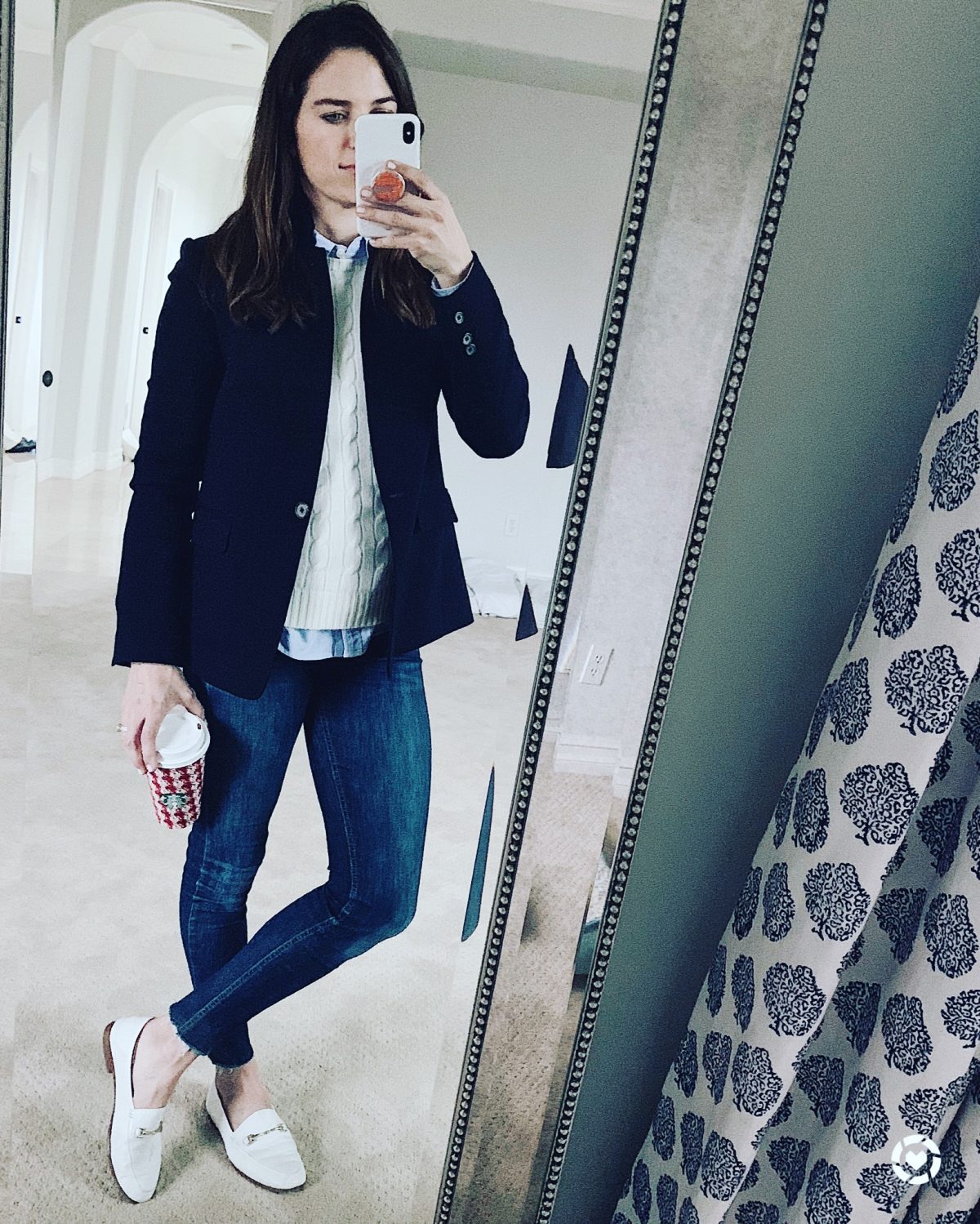 If I am going to be a 100% transparent “blogger,” then I will have to admit that this photo is from the same outfit/day/afternoon as #2. So glad that y’all love my preppy way of dressing and two photos of the same preppy layers made it to be in the top 6 instagram photos, based on engagement, for the month of December!